The incident occurred at 11:55 a.m. when a John Deer 520 tractor was traveling west on SR-147 near mile marker 10, according to a statement by the Utah Highway Patrol.

“The driver had a medical problem and slumped over the steering wheel,” the news release said. “The tractor traveled to the left into oncoming traffic where it struck a Ford Taurus head on.”

CPR was performed on the driver of the tractor and he was transported to an area hospital where he was pronounced deceased at 12:40 p.m., officials said.

The driver of the passenger car received minor injuries.

The deceased man’s identity was being withheld pending notification of family.

SR-147 runs between Lake Shore and Mapleton in Utah County. 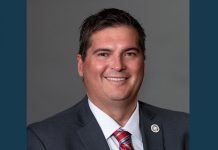