OGDEN, Utah, Nov. 28, 2015 (Gephardt Daily) ─ An Ogden man escaped serious injury Saturday morning when a bullet grazed the back of his head during an altercation.

According to the Ogden Police Department, officers were dispatched to the scene just after 4 a.m. When they arrived, they discovered a 40-year-old man with a bullet wound on the back of his head. His injuries were not life-threatening.

Investigators said there is limited information because the witnesses and the victim are being uncooperative, but said two male suspects approached the victim at a home in the area of 2700 Monroe Blvd. An altercation ensued and one of the suspects pulled a handgun and fired two rounds.

The suspects then ran from the scene.

Detectives from the Ogden Metro Gang Task Force and Ogden Investigations Bureau are investigating the incident.

Anyone with additional information is asked to contact the Ogden Police Department at 801-629-8221. 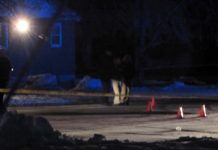 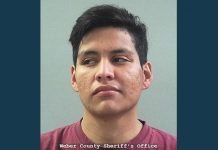 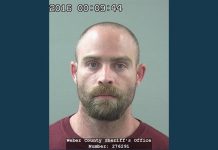 Suspect in jail for threatening man with knife is also person of interest in Ogden shooting, police say