Two other suspects in the incident, Doron Dorion Burt, 23, and Damonte Rayquan Husband, 23, also were taken into custody; however, charging documents for the two  were not immediately available.

The probable cause statement for Fenn said that on Saturday at approximately 5:15 p.m., the arresting officer from Utah Highway Patrol observed a vehicle traveling at a high rate of speed on I-15 northbound near mile marker 220.

The officer’s radar showed the vehicle was going 130 miles per hour in an 80 mile per hour zone at its fastest point.

During the pursuit, the vehicle was driving erratically, passing on the left shoulder, the median and on the right shoulder, according to the statement. Cutting in between multiple vehicles at high speed, it slowed only because of traffic.

The officer got the license plate number on the vehicle and attempted to have another unit ahead of him set up spikes.

Units were waiting for the vehicle going into Utah County; the arresting officer was notified to terminate his pursuit. He pulled over and turned off his emergency lights and siren.

“I was then notified that the vehicle was still traveling at a high rate of speed as it approached Utah County line,” the statement said. “Multiple other agencies headed into Santaquin City where the vehicle exited the freeway at mile marker 244 and heading east. A vehicle fitting the description was located in Santaquin in a residential neighborhood.”

A Santaquin officer fouind the vehicle and saw three African American men, one of whom was Fenn, walking west about 25 to 30 meters from the vehicle.

“As the Santaquin officer flipped about to talk with the three males they took off running eastbound into the neighborhood,” the statement said.

The men ran through multiple backyards and through the neighborhood in an attempt to evade the officers.

“Two males were located on Peach Street in close proximity to each other. They were both placed into custody, the third individual was found hiding inside of a back yard hiding behind an AC unit,” the statement said.

All three men were taken into custody.

A K-9 unit sniffed the vehicle and indicated the presence of an illegal substance. Officers noticed the strong odor of raw marijuana as the vehicle was searched. In the front passenger floorboard, the officer found a small baggie containing a substance consistent with marijuana.

The suspects refused to talk during questioning, the statement said. When running their criminal history it was learned that all the suspects have a previous history involving forgery. The three suspects were booked into the Juab County Jail. 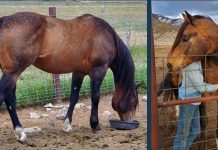