A news release from Washington City Police Department said Jason Reveal, 45, of St. George, is in custody and facing charges of attempted murder, two counts of domestic violence in the presence of a child and aggravated burglary.

“At approximately 1:15 a.m. on Sunday, Washington City Police were dispatched to the area of West Harvest Lane on reports of an assault with a knife,” the news release said. “It was reported that one male was stabbed multiple times to his upper torso.”

Officers began to render aid to the stabbing victim until medical units arrived, the news release said. The victim was then transported to Dixie Regional Medical Center in St. George in critical condition.

Officers were able to take Reveal into custody at the scene and the suspect was booked into the Washington County Jail.

No other details of the incident were immediately released.

“We would like to extend our appreciation to our consolidated dispatch center, Washington County Sheriff’s Office and St. George Police for their assistance with this incident,” the news release said. 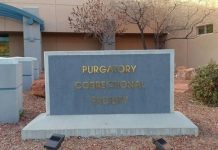 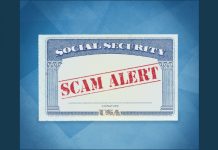