Utah Transit Authority spokesman Carl Arky told Gephardt Daily the man was trying to board a train at the Salt Lake Central station at 340 S. 600 West at approximately 7:55 p.m.

The man’s torso was on the alignment and his feet were on the platform, Arky said. He did not move for between four and five minutes and when the train started, the man was dragged. The train dragging him actually straightened out his body, Arky said.

The man was transported to an area hospital in stable condition. Arky said the man has an injured ankle, lacerations, cuts and bruises, but added that the man was “very fortunate” his injuries were not worse.

The man’s identity has not been released by officials.

A van bridge was put in place between Salt Lake Central and Planetarium stations, but as of 8:06 p.m., a tweet from UTA said trains are running normally, and the van bridge has been canceled. 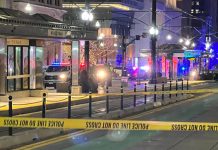 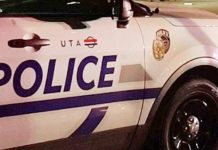 Cyclist faces charges after sending UTA driver to the hospital