A Utah Highway Patrol news release said the crash happened at 11:25 a.m., when a 2001 Buick Century was heading west on SR-138, which is only a two-lane highway in that area.

A 2018 Toyota Tacoma was traveling eastbound.

The news release says the Buick attempted to pass a semi in a no-passing zone.

The Buick hit the Toyota Tacoma head on in the eastbound lane.

The Buick’s driver, a man in his early 20s, was pronounced dead at the scene.

The driver of the Toyota was seriously injured, and two passengers had minor injuries. They were transported by ambulance to a Salt Lake City area hospital.

SR-138 was closed for about three hours, UHP said.

The name of the deceased driver has not been released pending notification of family. 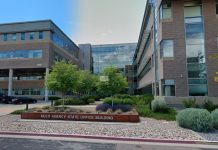 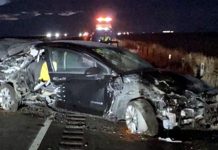 Two injured, 1 critically, in I-80 chain-reaction accident in Tooele County