SALT LAKE COUNTY, Utah, Feb. 23, 2020 (Gephardt Daily) — A man rammed an officer’s vehicle after being found passed out in his truck in the middle of the road with music blaring, according to court documents.

A probable cause statement from the 3rd District Court of Salt Lake City said Damian Dan Shorthair, 23, is facing charges of:

On Friday at approximately 1:30 a.m., the arresting officer was dispatched to a residential area in Taylorsville for a noise disturbance. The dispatch noted there was a white car parked in the middle of the street “with its lights on and music blaring, waking up the neighborhood,” the statement said.

The arresting officer found a white Ford F-150 facing northbound in the middle of the road, the statement said.

At this time, a second officer was traveling south on the same street, approaching the suspect vehicle from the front with his emergency lights and siren on.

“A/P started to move forward,” the statement said. “The officer gave commands on his loudspeaker to stop his vehicle. A/P drove forward and rammed the officer’s car. Another officer pinned the back of his car. A/P was now wedged.”

The suspect was being given commands to turn off his vehicle, but instead, allegedly stepped on the gas, was spinning his tires. He then turned the wheels of the truck to try and flee, but was stuck. Officers tried breaking the driver’s door window of the truck to extract the driver, and were able to unlock the door.

The suspect resisted arrest and was finally placed in custody. Six open containers were found on the floor of the truck. There was a glass pipe in the center console, the statement said.

Shorthair was transported to the Salt Lake County Jail with his bail set at $12,890. 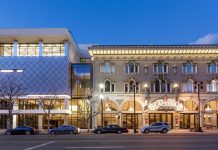