WEBER COUNTY, Utah, Feb. 10, 2021 (Gephardt Daily) — One man is hospitalized with gunshot wounds and a second is in custody after a shooting Wednesday night in Plain City.

Lt. Cortney Ryan, Weber County Sheriff’s Office, said the incident was a domestic assault of some sort in Ogden, followed by a shooting in Plain City. Both men were involved at both locations, Ryan said.

The Ogden incident happened at about 5 p.m., and the shooting occurred about an hour later in Plain City.

Ryan did say the victim was conscious and talking and was expected to survive the shooting. He was taken to a local hospital for treatment, Ryan said.

Ryan said at 9:10 p.m. Wednesday that officers from multiple agencies were still at the Plain City scene, in the area of 3300 West and 3200 North. Additional officers were at the hospital with the victim, Ryan said.

Gephardt Daily will provide more information as details are released. 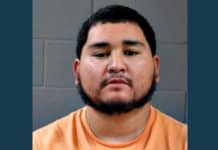