According to Anderson, two people were detained not far from the crime scene. He said the circumstances surrounding the shooting had yet to be determined.

The deadly incident took place in a commercial area which is home to dozens of businesses a couple of blocks west of Interstate 15. 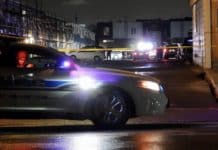