SOUTH JORDAN, Utah, Sept. 22, 2020 (Gephardt Daily) — South Jordan police  responded to a report of a stabbing Monday night in the lobby of a Super 8 motel.

Officers were called just after 11 p.m. to 10722 South 300 West, where they found a 28-year-old man who had been stabbed six or seven times. Most of the wounds were superficial and non-life-threatening, police said.

The suspect fled in a white SUV. He is described as having a shaved or bald head, and tattoos on both arms and shoulders. He was wearing a black tank top.

It’s believed the two men were having some type of dispute over a drug deal, and officials say they already have a lead on a suspect. 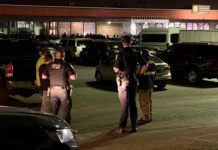 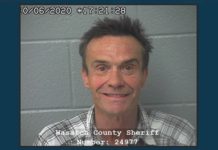