SALT LAKE CITY, Utah, Aug. 6, 2022 (Gephardt Daily) — A man who reportedly stole and excavator and left a deep gash in his wake has been taken into custody by the Salt Lake City Police.

“Officers with the Salt Lake City Police Department arrested a man who stole an excavator from a construction site and drove it nearly a mile to a grocery store parking lot, where he started ripping up the ground,” and SLCPD statement says.

The investigation started just after noon after a report of “a man inside a stolen excavator randomly digging up the ground at 828 S. 900 West.

“A large crowd at the grocery store helped prevent the suspect from leaving until officers arrived.”

“The suspect caused significant damage to the ground, including hitting a water line and ripping out newly installed fiber optic utility lines,” it says.

The full extent of the damage is still being assessed.

“Fortunately, there were no injuries reported and no crashes occurred while the excavator was being illegally operated.”

Police say the excavator had been left running while at a job site at 900 South 300 West.

“The suspect, for an unknown reason, got inside and then drove away. Crews at the construction site followed the suspect to the grocery store parking lot.” 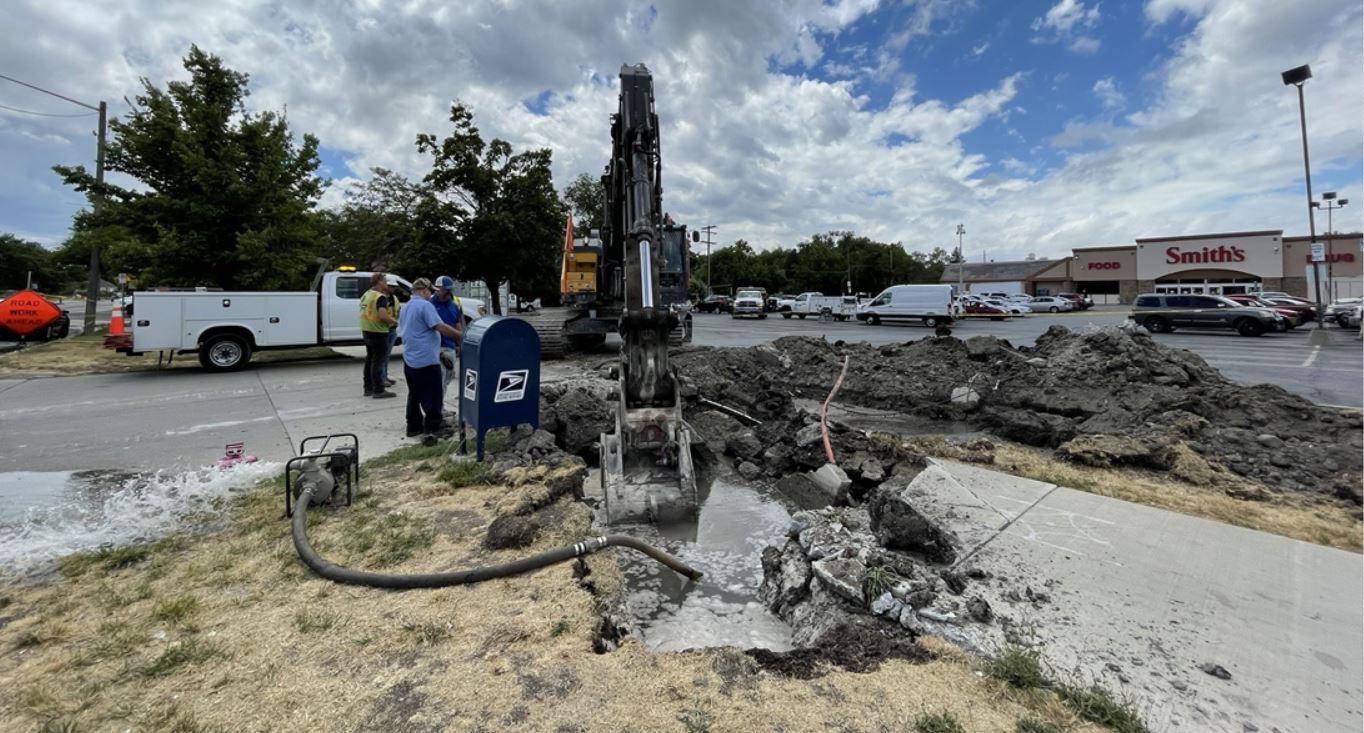 Officers will book the suspect into the Salt Lake County Metro Jail on charges of felony theft and felony criminal mischief.

The suspect’s name and age will not be released until the booking process is complete.

Here’s something you don’t see everyday, someone stole an excavator and drove it nearly a mile to 800 South 900 West where he started ripping up the ground. The suspect is in custody and utility crews are assessing the damage. #slc #slcpd #saltlakecity pic.twitter.com/VSfnR44xOp