When officers arrived they found man lying in a driveway with a gunshot wound to the back of the head.

Salt Lake City Police Lt. C. Valencia told Gephardt Daily the victim, believed to be in his early 30s, was rushed to the hospital in critical condition. His injuries were described as “life-threatening.”

According to Valencia, neighbors heard the shooting then multiple people fled the scene.

Two people have been detained, Valencia said, but told police they were inside the residence when the shooting took place.

Detectives believe it may have been a targeted attack but stress it’s early in the investigation.

At least two vehicles were spotted driving from the residence and police were combing the neighborhood for possible surveillance video.

Neighbors say there was a party at the time of the shooting and several people were gathered in the driveway when the shots rang out.

Police have yet to release the victim’s name. 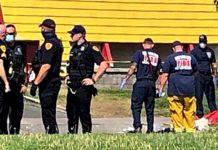 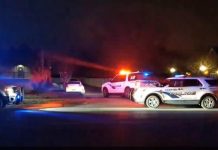