Jan. 9 (UPI) — Marie Osmond considers Merrill Osmond to be her most talented sibling.

The 59-year-old singer and actress praised her brother and teased her sibling Donny Osmond during Tuesday’s episode of “Watch What Happens Live.”

“I just did a show in Hawaii where I honored my four original Osmond Brothers,” Marie told host Andy Cohen. “My brother Merrill, he still has this awesome voice. He’s a rocker and he still sings fantastic.”

Marie, who occasionally performed with her brothers, launched her own successful solo career as a teen. She hosted the TV variety show “Donny & Marie” with Donny from 1976 to 1979.

“Donny, you know, is average,” the star joked. “Donny’s very talented. They’re all talented in their own way, but Merrill’s voice is just still unbelievable.”

Marie announced Wednesday she will perform with Merrill, Jay and David at a concert Aug. 17 in Lincoln, Calif. The show is titled “An Evening with Marie and the Osmonds.”

“California! I will be joining Merrill, Jay and David Osmond in Lincoln, CA at the @Thunder_Valley on August 17th!” she tweeted. 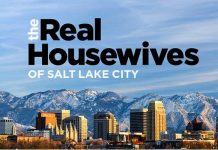 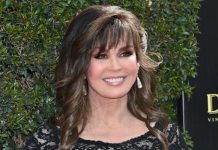 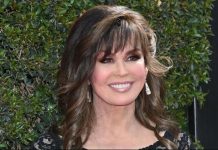