The new policy was championed by City Council Chair Erin Mendenhall, who also participated in a ceremonial signing, the Mayor’s Office said in a news release.

“Inquiring about an individual’s past salary has historically been a cause of gender pay inequity,” said Julio Garcia, Salt Lake City’s human resources director, in the prepared statement. “Because women have historically been paid less than men, basing salary decisions on this information, rather than on a similar pay for similar work philosophy, perpetuates a cycle of gender pay inequity.”

A 2017 report by the National Partnership for Women and Families, from data collected by the 2015 U.S. Census American Community Survey, found that Utah women are paid on average 71 cents for every dollar paid to men, amounting to an annual wage gap of $14,681 annually. The study also concluded this wage gap is found in every area of the State and across industry, occupation, and education level.

“The gender pay gap is costing women, children, and families billions of dollars each year, making it harder for people to pay for education, healthcare, housing, and to save for the future,” Biskupski said. “Gender pay equity is a family values issue, and as Utah’s Capital City, Salt Lake City has a responsibility to show others in the State how promoting equity, fairness, and diversity benefits our community.”

Last year, Biskupski also instituted a family leave policy, providing City employees regardless of gender or length of service, with six weeks of paid leave. Since that time more than 94 employees have utilized the benefit, including 82 new fathers, many of them with the City’s Police and Fire departments.

“The time is right to press even harder for gender equal pay,” said Mendenhall. “The list of excuses is long; behaviors entrenched. But no longer do we wait for simple parity on all fronts. Equal pay for equal work, it is that simple.” 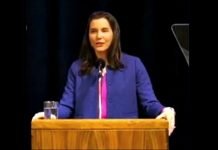