Home Local Utah News Mesquite police respond to report of gunshot inside apartment
Facebook
Twitter
Pinterest
WhatsApp
MESQUITE, Nevada, May 28, 2020 (Gephardt Daily) — Mesquite police responded to a report of a gunshot coming from inside an apartment Wednesday afternoon.
“At approximately 4:30 p.m. Mesquite police officers and detectives responded to an apartment complex in reference a report of a gunshot,” said a news release from Mesquite PD. “After confirming no one had been injured in the shooting, officers and detectives began investigating and learned multiple juveniles had been inside the apartment when the gunshot had gone off, and there may have been stolen firearms involved with serial numbers filed off.”
Detectives located holes in drywall and subflooring and an expended bullet in the apartment located directly above, the news release said.
“Officers located an AR-15 rifle, which was used in the incident, dismantled and hidden in the residence,” the news release said. “The rifle did not have a serial number as it had been filed off. A male juvenile stated the rifle accidentally discharged while he was attempting to take it apart.”
After the investigation concluded the male juvenile, already on probation, was taken into custody for felony possession of a firearm with an altered or obliterated serial number and obstructing a public officer. The male juvenile was transported to Clark County Juvenile Detention Center. Two juvenile females were cited for obstructing a public officer, and released to their guardians. 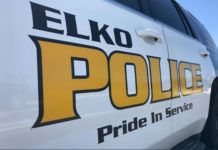 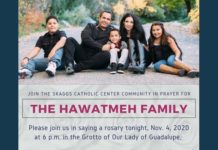 2 Utahns among those dead in Henderson, Nevada shooting