The spectacular sight was also captured on dash-cam video by a truck driver traveling westbound on the Pennsylvania Turnpike in Bedford County about 5:25 a.m. Eastern Daylight Time.

According to TruckerBeetleBaily he and his big rig were near mile marker 150 on Interstate 76 when apparent meteor appeared. This video was recorded with a Garmin DashCam Mini

Astronomers say they the brilliant streak of light was likely the result of a singular random meteor entering the Earth’s atmosphere. 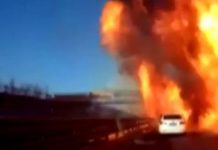 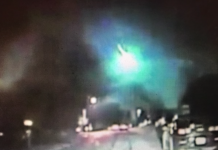 Video: Meteor caught on camera; lights up sky over six states and Canada 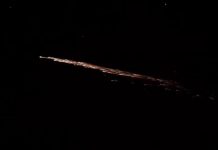