BOX ELDER COUNTY, Utah, Sept. 5, 2020 (Gephardt Daily) — A Midvale man is accused of trying to kill his wife while they were camping at Willard Bay last month.

According to a statement filed Friday in 1st Judicial District Court in Box Elder County, the incident occurred Aug. 23 when Williams was camping with his wife. He was drinking heavily and “began accusing her of something and demanding she admit to it, but would not tell her what it was.”

When his wife tried to leave the trailer, Williams grabbed her and pulled her back inside, where he repeatedly punched her in the face and torso, the document states.

When Williams eventually left her alone, she was able to call 911, but he came back in and realized she had called the police. At that point, he told her he was going to kill her, and dragged her outside and began strangling her, the statement says.

“The victim believed she was going to die,” it says.

Williams then went back inside the trailer and his wife hid from him. According to the charging document, Williams fled before police arrived and got a ride from a friend.

“The victim was taken to the hospital where she was diagnosed with significant, life-threatening diagnoses, including multiple brain bleeds caused by the punching. The victim remained in the hospital for a week due to the injuries,” the document says.

A warrant was issued Friday for Williams’ arrest.

Anyone who has experienced domestic violence is encouraged to call the Victim Advocate 24-hour hotline at 801-580-7969. All services are free, and callers can get information anonymously. Individuals can also call the National Domestic Violence Hotline at 1-800-799-7233 or the Utah LINKLine at 1-800-897-5465 for confidential assistance. 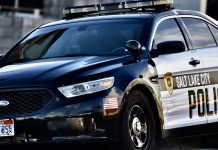 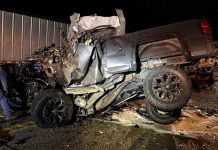