ST. GEORGE, Utah, March 6, 2017 (Gephardt Daily) — A child who went missing from a St. George home in the early hours of Monday morning has been safely located.

The St. George Police Department said in a news release on Facebook that officers responded to a lost child call just after 3:05 a.m. in the area of 2580 East and 1300 South, which is a residential area of the city with Springs Park and the Virgin River just to the northwest.

Officers from several agencies, including St. George Police Department and Search and Rescue, and the Washington County Sheriff’s Office, responded and searched the area.

The child was located at 5:55 a.m. by members of Search and Rescue, though it was not immediately clear how close the child was to the area he or she was reported missing from.

“The child was cold and scared but in good health otherwise,” the news release said. “This is the best possible outcome we could hope for and we would like to say thank you to all the agencies who came out and helped.”

The age, gender and identity of the child has not been released by authorities. 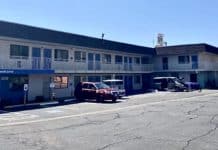