Bret Edge, the current chief of police, took a leave of absence, under the Family and Medical Leave Act, in late September and returned to work on Monday after almost four months away.

At the time that Edge requested the leave, Moab’s police department was the focus of  some negative attention over the department’s handling of a domestic violence call involving murder victim Gabby Petito and her fiancé Brian Laundrie. The city launched an investigation into the matter to see if there was any breach of department policy.

It isn’t known whether Edge’s request for a leave of absence was in any way connected to that controversy.

On Tuesday, the City released a statement:

“The City understands that the community has concerns about the police department, and after the mayor and the acting city manager met with Chief Edge it was determined that at this time he will serve in the position in a transitional role and the City will be seeking alternative leadership.”

Edge will remain with the department while the city searches for a new chief.

Edge joined the Moab Police Department in 2006, and was promoted to chief in 2019.

He is also an outdoor adventure and nature photographer, and was traveling and promoting his photography business while on leave from the department and receiving sick pay. 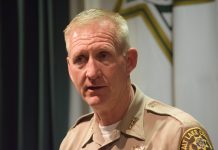 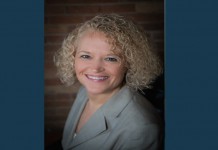