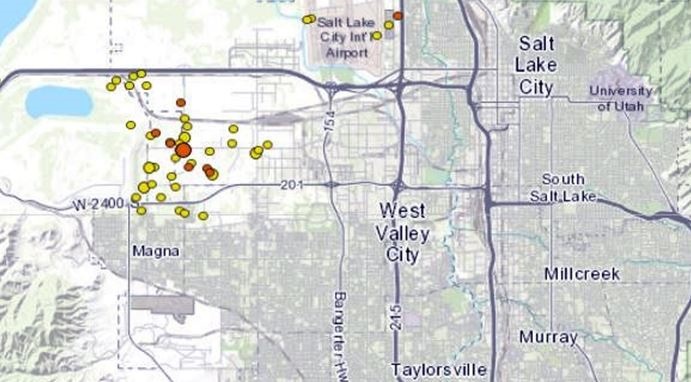 MAGNA, Utah, July 9, 2020 (Gephardt Daily) – Just when Mother Nature appeared to be calming down a bit – at least in terms of seismic activity – there were a couple of not-so-subtle reminders of just how fickle and disconcerting she really can be.

The reminders came in the form to twin aftershocks which rattled the Magna area Wednesday afternoon.

The first shock hit at 1:15 p.m. and originated at a depth of 6.6 miles below the surface.

Both quakes registered 2.4 in magnitude, according to the U.S. Geological Survey.

At that intensity, the shaking is usually felt by people near the epicenter, although Wednesday’s aftershocks were reported by dozens who responded to the U.S.G.S.’s ‘Did You Feel It’ link.

Wednesday’s aftershocks stemmed from a 5.7 magnitude earthquake centered near Magna which struck the morning of March 18. The quake caused an estimated $50 million in damage, most of it to buildings in Salt Lake County.

Since the March 18 quake the U.S.G.S has reported more than 2,000 aftershocks. 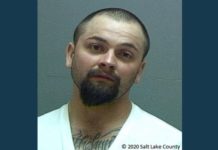 Update: Officials give update after sinkhole ‘about the size of a small car’ opens in Magna 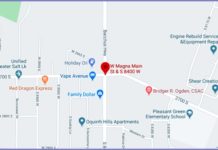