According to a probable cause affidavit filed in 2nd District Court in Morgan County by an officer with the Morgan County Sheriff’s Office, Horrocks was taken into custody Monday afternoon, after the reporting officer monitored a Children’s Justice Center forensic interview of a 7-year-old boy.

It had been reported that the boy had sexually violated a 5-year-old girl.

“Due to the age of the male and the severity of sexual activity described, the interview was set up in an attempt to discover where this type of behavior was learned,” the statement says.

The child mentioned spending a significant amount of time with an adult neighbor named Jeff, whom the child described as his best friend, according to the affidavit.

From the description given by the child and his mother, it was discovered that the adult’s name is Jeffrey Curtis Horrocks, the document states.

During the interview, the boy said he would spend a lot of time at Horrock’s house in a room described as “the gun/exercise room.”

According to the affidavit, the boy accurately described that room and its location within the house, as well as other details about the residence.

“The child stated that Horrocks at one time showed him his security system of multiple cameras in the house,” the affidavit continues. “While showing the camera system the child stated he saw a video of Horrocks and his wife engaging in sex.”

The child first said the video was seen accidentally, “but then Horrocks let him continue to watch the video and other pornographic videos.”

The boy described that Horrocks’ friends would communicate on the computer and they would share videos, and that “Horrocks would have them watch videos like this with their pants off and at least at one point they would grab each other’s genitals….”

The way the child described these events and the amount of time he spends with Horrocks gives the impression that it has happened more than once, the officer stated in the affidavit.

The 7-year-old boy is one victim and, according to the charging document, a 5-year-old girl is a second victim. Both children live in close proximity to Horrocks, and several other young children live in the area.

Additionally, Horrocks has been presenting himself as a federal agent “to the extent of printing fake certificates hanging on his walls, using realistic-looking badges, and having clothing to match the character,” the document states. “The suspect admitted this was a facade he invented to feel like a hero, and even his wife believes these stories.”

A search warrant for Horrocks’ home was approved, and it was executed after Horrocks had already been detained by a deputy who was monitoring the house and stopped Horrocks from leaving the residence.

On one of the electronic devices, three clips were found showing the 5-year-old female victim “naked in various different positions on the couch. The clips were taken after the fact from a security camera in the living room,” the affidavit says.

“In an interview, Horrocks eventually admitted that he filmed at least one of the clips due to an unexplainable feeling it gave him about how cute she looked naked,” it says.

Several more electronic files were seized and still need to be investigated.

Horrocks was booked into Weber County Jail, where he is being held without bail. 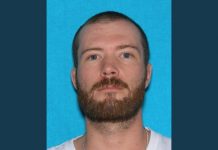 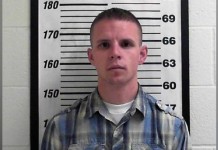 Former Officer Charged For Alleged Sexual Relationship With A Minor