SOUTH SALT LAKE, Utah, May 16, 2020 (Gephardt Daily) — A motorcyclist was critically injured Saturday night when he collided with a vehicle that was making a U-turn on 3300 South.

South Salt Lake Police Public Information Officer Danielle Croyle said the motorcycle and the other vehicle were both eastbound on 3300 South, and it appears the car made an improper U-turn at 1089 West.

The 57-year-old male motorcyclist crashed into the car and was thrown from the bike. He was transported to the hospital in critical condition.

Croyle said the investigation is ongoing and no one has been cited at this point.

“May is Motorcycle Awareness Month,” Croyle said. “It’s so important for people to stay aware, watch for motorcycles, and wear protective gear when they’re on a bike.

“We get a lot of accidents, especially now with the nice weather, there are a lot of motorcycles out. We really want to remind everyone to stay alert and watch out for each other.” 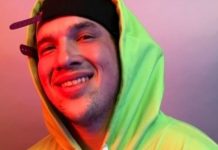