MILLCREEK, Utah, Jan. 2, 2016 (Gephardt Daily) — Unified Police have confirmed the body of a 62-year-old missing man from Millcreek was found Saturday afternoon in the backyard of a home in the same area.

According to a news release issued by Unified Police, Mark Allen Miller, who went missing Friday night wearing only jeans, a T-shirt and slippers, was found around 1:30 p.m. Saturday in the area of 3600 S. Christine Drive.

“Investigators are on scene and will work with the Utah Medical Examiner’s Office to determine a cause of death,” said Det. Jared Richardson, of the Unified Police Department.

Richardson said Miller was reported missing at about 8 p.m. Friday. He tried to leave in a vehicle, but his friends took his car keys from him in an attempt to stop him, and that is when Miller left on foot.

“One of our concerns was that we were told he was suffering from alcohol withdrawals and had fallen and suffered a head injury as well,” Richardson said. “The other concern was he was not dressed appropriately for the freezing low temperatures.”

Miller lives in the area where he was last seen, at 3619 S. 900 East, and the search had been primarily focused in that area.

Salt Lake County Search and Rescue personnel, officers from Unified Police, Salt Lake City Police and Murray City, as well as other agencies, had all been involved in the search for Miller. Richardson said that on Friday night, a public safety helicopter, K-9 units and approximately 50 people were out, actively searching for Miller.

“We are saddened to learn that Mr. Miller passed away. We want to thank the media and the public for their help in getting Mr. Miller’s information out,” Richardson said. 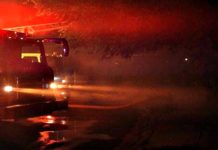 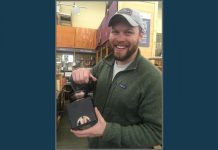 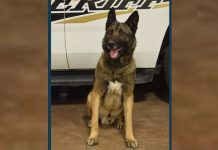 Utah County K9 dies after being hit by car