BELLS CANYON/SANDY, Utah, Aug. 17, 2020 (Gephardt Daily) — Search and Rescue crews from Salt Lake County Sheriff’s Office have responded to Bells Canyon to assist an injured hiker who apparently had been unable to move for several days.

Sandy Police and Fire departments also are on scene, and a Life Flight hoist team has responded to assist in getting the man out of the canyon.

Sgt. Melody Gray, with the Unified Police Department, told Gephardt Daily the 50-year-old man reported that he was in the canyon near the waterfall and had been “stuck there for five days.”

Gray had no information regarding the man’s physical condition or what type of injury he has. 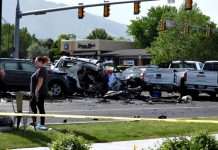 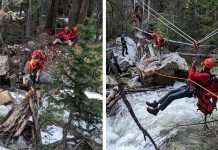