SPRINGDALE, Utah, Oct. 19, 2020 (Gephardt Daily) — The National Park Service issued a statement Monday regarding the positive outcome in locating Holly Courtier, 38, a hiker who had been missing in Zion National Park for nearly two weeks.

“The National Park Service is delighted in being able to re-unite Ms. Courtier with her family following a successful search in Zion National Park, which concluded on October 18 after she was reporting missing 10 days previously,” the statement said.

“Based upon a credible tip, Law Enforcement Officers found her in a thickly vegetated area along the Virgin River. She was able to leave of her own capability with minimal assistance.”

The statement goes on to say that the National Park Service conducts numerous search and rescue operations around the country with its own professional staff and those of local partner agencies.

“These services are usually provided at no cost as a service to the visiting public,” the statement said.

It also advises visitors to leave an itinerary with friends or family, outlining any planned hikes or outings, before heading into the parks.

“The health and safety of all visitors is a primary interest of the Service,” it said. “Visitors are always encouraged to leave an itinerary with friends or relatives and prepare for the activities anticipated.”

Courtier’s family provided the following statement shortly after she was found:

“We are overjoyed that she was found safely today. We would like to thank the rangers and search teams who relentlessly looked for her day and night and never gave up hope. We are also so grateful to the countless volunteers who were generous with their time, resources and support. This wouldn’t have been possible without the network of people who came together.” 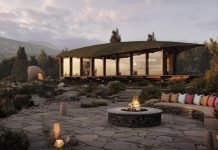 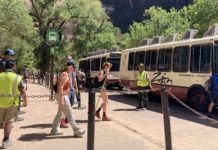 Zion National Park officials say shuttles will not be in service through Dec. 22