MURRAY, Utah, June 19, 2019 (Gephardt Daily) — A 3-year-old chihuahua mix dog, Ned, is back at the Humane Society of Utah after an 11-day adventure, officials said Thursday.

Ned was adopted on June 8, and escaped his new home located near 5900 South and Van Winkle Expressway the same day, said a news release from the Humane Society.

After being missing for 11 days, Ned was found by staff members running outside the  Humane Society building in Murray early Wednesday morning. The two locations are approximately five miles apart.

“I walked out the back door and saw a small brown dog running along the behavior yard fence,” said Megan Marzloff, Utah Humane Society behavior coordinator. “I opened the gate and he ran into the yard and jumped into another staff member’s lap. We took him inside, scanned him for a microchip, and were totally surprised to find out that it was Ned!”

Ned was transferred to Utah Humane Society from another overcrowded shelter in May, the news release said. He was soon adopted, but escaped that home and returned to the Humane Society. His second adopter was warned about his escape history. It is unknown how he went missing from his second home.

“We’re so glad that Ned is safe,” said Marzloff. “I guess he came back because he knew he was loved by all the staff. It’s nice to know our shelter is a safe place for pets, but we hope he gives his new family a chance because a home is the best place to be.”

Utah Humane behavior staff will instruct the adopter on more vigilant precautions when taking Ned home until he has time to adapt to his new surroundings, the news release said.

The Humane Society of Utah works to find homes for over 10,000 pets annually.

Additional resources and tips about bringing a new pet home can be found here. 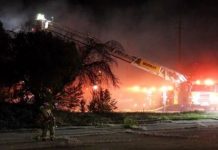 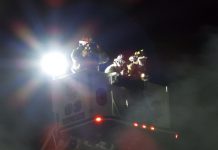