According to West Valley Fire Battalion Chief Mark Ownsby, firefighters were called to an industrial park at 1940 West Alexander Street Sunday around 2:20 a.m. When they arrived they found international electronic testing company Nemko engulfed in flames.

Investigators say a business employee first reported the fire after being notified on his cell phone that motion detectors had picked up unusual activity inside the lab.

About 15 special agents and experts with the National Response Team, as well as agents from the Denver Field Division, were activated at the request of the West Valley City Fire Department to join the investigation of the 12,000-square-foot commercial building.

While at the site, certified fire investigators and other experts will work with local investigators to sift through debris, reconstruct the scene, collect evidence and provide cause and origin to the West Valley City Fire Department in support of their investigation.

WVC Police said in a press release ATF has the lead federal jurisdiction for investigating fires and arson in the U.S. and its territories. The primary mission of the NRT is to concentrate ATF explosives and fire investigative resources and expertise on large-scale and complex incidents due to the size, scope or number of victims. The NRT provides an immediate and sustained nationwide response, typically deploying within 24 hours of notification, with state-of-the-art equipment and the most qualified ATF personnel available.

Since its inception in 1978, the NRT has deployed 778 times. This is the fifth call out for fiscal year 2016, which began Oct. 1. Another team is currently investigating an apartment building fire in Kansas City, Missouri, that took the lives of two firefighters, and a series of recent church fires in St. Louis, Missouri.

Past NRT activations include such incidents as an explosion in West, Texas, that killed 14 people in 2013; the spree of 10 arsons at churches in Texas in 2010; a commercial fire in Charleston, S.C., that killed nine firefighters in 2007; and national-level incidents such as the 9/11 terrorist attack on the Pentagon; the Centennial Olympic Park bombing in Atlanta; the Oklahoma City bombing and the 1993 World Trade Center bombing.

For more information on ATF and its programs go to www.atf.gov. 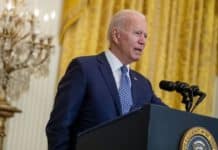 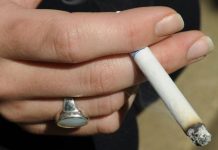