This new “auxiliary” lane, designed to provide additional space for entering or exiting the interstate, has been built to improve traffic flow and reduce delays for drivers in the area, said a news release from UDOT.

Crews were able to complete the project early because materials for the project became available sooner than expected, the news release said. The original plan had construction pausing for the winter and finishing in spring 2021, but the contractor on the project was able to speed up work and open the lane six months ahead of schedule.

“Tooele County is growing fast, and this area is a choke point, where a small crash can cause major delays,” said Oanh Le-Spradlin, UDOT project manager. “Our goal is to provide a smoother, safer trip for drivers, so we wanted to get this lane opened as quickly as possible.”

Despite its relatively short length of about two miles, the project is expected to deliver major benefits for drivers. UDOT traffic engineers calculate that the additional lane will reduce delays by up to five times in incidents where a westbound lane is blocked on the interstate between SR-201 and SR-36.

“Designers and field workers used digital 3-D models for most of the work instead of traditional paper plans, which saved time, improved precision, and reduced waste,” the news release said. “In a further effort to improve efficiency and reduce environmental impacts, more than 3,600 cubic yards of old concrete were crushed up and repurposed to build the new auxiliary lane. And when construction required the closure of the former view area along westbound I-80, the project team partnered with the Daughters of the Utah Pioneers and other organizations to move two historical markers previously located there to a new site near Saltair.”

The I-80 westbound auxiliary lane project is one of UDOT’s Top 10 projects for 2020 and is one of several improvements recently completed or under construction along I-80 in this area.

Construction schedules are weather-dependent and subject to change. For the latest information on traffic patterns and restrictions during construction, visit the UDOT Traffic website or download the UDOT Traffic app for iPhone or Android. 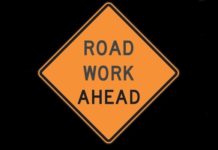 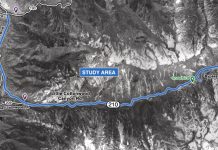