“We are happy to announce that Terran Butler has been safely located in Coos Bay, Oregon,” said a tweet from Unified Police Department at 4:20 p.m. “Emily Jolley has been taken into custody. Thank you for all the help!”

A follow-up tweet added: “This is still an active investigation, so we are unable to release additional details, but wanted to inform the public, who has been extremely helpful in providing and sharing information in this case, that he has been found safe.”

An Amber Alert was issued Monday, and the FBI became involved in the investigation and search for the Millcreek child.

Earlier on Thursday, UPD tweeted it was believed Terran was traveling through Oregon with his mother and one of her “sympathizers,” Bonnie Jackson.

Terran was located just after 1:15 p.m., in the city of North Bend in Coos County, said a news release from Coos County Sheriff’s Office Thursday evening.

“Through investigative measures, detectives from the UPD were able to provide potential locations of the suspects with whom the child was presumed to be,” the news release said. “As a result of an investigation conducted by the Coos County Sheriff’s Office in cooperation with UPD, the suspects, 43-year-old Emily Jolley and 56-year-old Bonnie Jackson, were located at a residence on Broadway Street in North Bend, along with the child. The child was found unharmed and in good health.”

Terran was taken into protective custody by the Coos County Sheriff’s Office. Jolley and Jackson were arrested and transported to the Coos County Jail “alleging the federal crime of abduction and kidnapping of a minor and taking him across state lines from the state of Utah and the Utah state crime of custodial interference third-degree,” the news release said.

Coordination was made with the child’s custodial parent, his father, for his return to Utah, the news release said.

The Coos County Sheriff’s Office was assisted by the Oregon State Police and the Oregon Department of Human Services, child welfare, officials added.

Terran’s father allowed the initial visit Saturday. An Amber Alert was not initially activated because Terran’s life was not thought to be at risk, but officials reportedly changed their minds after learning of Jolley’s alleged involvement with an anti-government organization. 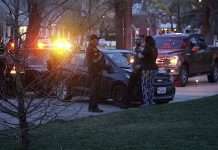 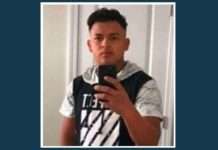