The blaze, which officials said is moving rapidly through the brush and grass, has been named the Leamington Pass Fire, Utah Fire Info tweeted Thursday evening.

The tweet from Utah Fire Info at 9 p.m. said: “New fire started near the north end of the Canyon Range. One mile north of Leamington Pass. #LeamingtonPassFire is running and estimated at 700+ acres.”

Officials later said the fire had grown to 1,000 acres.

Multiple resources are on scene including air resources and federal and state engines.

An estimated containment time is not yet available, the tweet said.

There are no evacuations as a result of the fire, officials said. 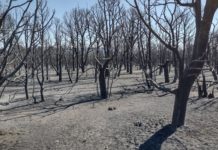 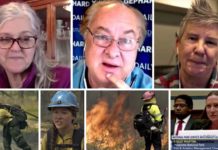