Tweeting on behalf of Huntsman, U.S. Embassy Moscow spokesperson Andrea Kalan said:  “Come to find, when you’re serving as the U.S. envoy in Moscow, you’re an easy target on all sides. Anything sent out by me would have carried my name. An early political lesson I learned: never send an anonymous op-ed.”

Wednesday’s anonymous op-ed, headlined “I am part of the resistance inside the Trump administration,” lays out efforts by a senior administration official — and others in the White House — to “frustrate parts of (Trump’s) agenda and his worst inclinations.”

According to a Daily Mail article published Thursday, an unnamed State Department lawyer speculated that Huntsman could be the culprit who trashed Trump in the same breath as praising “lodestar” John McCain.

“I could see it being Huntsman. Some of it fits, and he’s the kind of guy who would see it as his duty to undermine the boss for a greater good,” the attorney said, noting that Huntsman “worshiped at McCain’s feet” and considered him “the best example of an honorable guy in the Senate.”

In the op-ed, the official distances themselves from a liberal effort to resist Trump, saying they want Trump’s administration to succeed.

“But we believe our first duty is to this country, and the president continues to act in a manner that is detrimental to the health of our republic,” the author of the article wrote.

“Does the so-called ‘Senior Administration Official’ really exist, or is it just the Failing New York Times with another phony source? If the GUTLESS anonymous person does indeed exist, the Times must, for National Security purposes, turn him/her over to government at once!” Trump tweeted Wednesday evening after the op-ed was published.

Earlier in the day, Trump hinted at possible treason with a single-word tweet.

“The Deep State and the Left, and their vehicle, the Fake News Media, are going Crazy – & they don’t know what to do. The Economy is booming like never before, Jobs are at Historic Highs, soon TWO Supreme Court Justices & maybe Declassification to find Additional Corruption. Wow!” he wrote Thursday.

As pundits scramble to figure out who’s behind the New York Times article, so too is the White House.

“The individual behind this piece has chosen to deceive, rather than support, the duly elected president of the United States,” White House press secretary Sarah Sanders said Wednesday. “He is not putting country first, but putting himself and his ego ahead of the will of the American people. This coward should do the right thing and resign.”

A senior White House official told CNN that denial statements by top administration officials are being printed out and delivered to Trump. 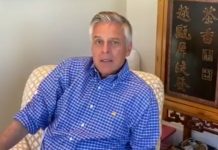 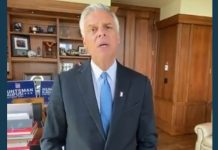