JUAB COUNTY, Utah, Dec. 3, 2019 (Gephardt Daily) — A small plane crashed in Juab County near Mona late Tuesday afternoon and officials said the two men on board were able to walk away uninjured.

The Juab County Sheriff’s Office said the incident happened shortly after 4:30 p.m. as the pilot and passenger, both from Nephi, were practicing touch-and-go landings north of Mona Reservoir.

It had taken off from Nephi Municipal Airport. When it crashed, it flipped and landed upside-down.

The cause of the crash is as yet unknown. The Federal Aviation Administration has been notified and will handle the investigation. 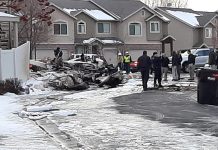 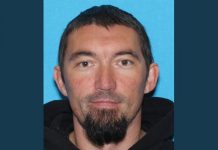 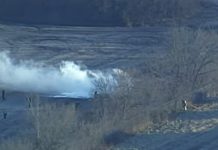