NORTHERN UTAH, Aug. 13, 2022 (Gephardt Daily) — The National Weather Service has weighed in on the source of a big boom heard at 8:36 a.m. Saturday in much of northern Utah.

Utah social media users have speculated it was an earthquake, a sonic boom or even a meteor. But the U of U seismic center says it was no earthquake, and no Utah military installations have confirmed a sonic boom.

“Bolstering the meteor theory for this morning’s #boom in #Utah, the two reddish pixels shown over Davis and Morgan counties are from the GOES-17 Lightning Mapper, but not associated with evidence of thunderstorm activity in satellite or radar. Likely the meteor trail/flash #utwx,” says a tweet from the National Weather Service in Salt Lake City.

One Twitter poster shared a video of whitish flash in the sky, descending toward the earth’s surface. See the video at this link.

There is no information yet as to a crash site. When a meteor hits the ground without burning up, it is then classified as a meteorite.

People in Utah, Idaho and Wyoming reported the event. View a list of them here.

Gephardt Daily will have more information as details are confirmed. 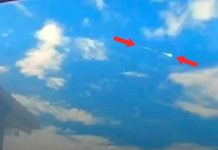 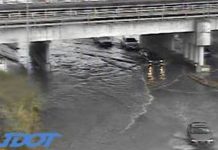 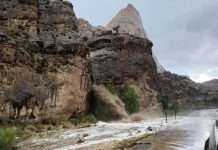