Tyler Persellin, 29, of Midvale, was found dead of a self-inflicted gunshot wound at 584 W. Winchester St. after allegedly shooting at a Murray police officer.

SWAT teams were first dispatched to the home shortly after 8 p.m., a statement from the DA’s office said. The occupants of the home heard Persellin breaking things inside the home, fled and called police, the statement goes on. A Murray police officer arrived at the home and eventually saw Persellin in the home’s garage with a gun. Persellin fired a gun at the officer, who returned fire. Persellin then went back inside the home. Eventually a SWAT team found Persellin’s deceased body in the home. The medical examiner subsequently determined that Persellin died from a self-inflicted gunshot wound to his head.

The Salt Lake County DA’s Office is required by Utah state law, and operates pursuant to an agreement with participating law enforcement agencies and consistent with established protocols and applicable law, to perform joint investigations and independent reviews of officer involved critical incidents including police officers’ use of deadly, including potentially deadly, force used in the scope of police officers’ official duties. 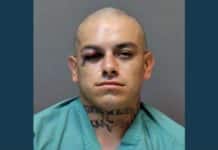 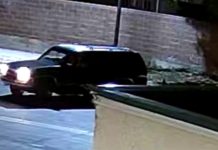