Utah, Sept. 4, 2018 (Gephardt Daily) — Officials are looking into whether half a dozen deliberately set fires in the area of I-80 from Tooele County to Summit County Monday are connected.

“Investigators looking at a possible link between six arson fires along I-80,” Utah Fire Info tweeted at 4 p.m. Tuesday.

Three of the fires were within 10 miles of each other in Tooele County, including one blaze near Lake Point in the area of mile post 98, which ignited at about 12:30 p.m. and caused one lane of eastbound I-80 to be closed for about half an hour to allow firefighters access. The other two fires in this area were at mile post 107 and 109.

The largest of the fires is the Tervels Fire, which sparked at about 2 p.m. east of the Echo Reservoir, 6.5 miles northeast of Coalville, and is still burning. As of Tuesday morning, the fire is 585 acres and 5 percent contained, according to Utah Fire Info.

An update on the Utah Fire Info website said crews are working Tuesday to establish line along the south and west flanks of the fire. The Echo Creek Ranches area is located four miles east of the fire and is still in pre-evacuation status.

Officials said smoke from the fire will be visible from Ogden Valley, Coalville, Evanston, Wyo. and other surrounding areas.

Anyone who has any information on the Tervels Fire is urged to contact Summit County Sheriff’s Department on 435-615-3600.

Investigators have not released any information on a possible suspect or suspects or how the fires were allegedly started. 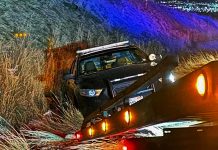