SALT LAKE CITY, Utah, June 9, 2020 (Gephardt Daily) — The Utah Office of Elections and Better Days 2020 announced Tuesday that this year’s Utah “I Voted” stickers will feature images commemorating the 150th anniversary of the first American women to vote under an equal suffrage law, which occurred in Utah.

The stickers will also feature the 100th anniversary of the 19th Amendment, which extended women’s voting rights throughout the nation, said a news release from the Office of the Lt. Governor.

To celebrate these anniversaries, the organizations partnered to produce a special edition set of “I Voted” stickers, which will be distributed throughout the months of June and November of this year via some mail-in ballots, at drive-through voting locations and via other means. Precautions will be taken to ensure safety of sticker delivery and distribution in light of the COVID-19 pandemic.

“We are proud to highlight the anniversary of women voting in the modern nation, beginning in Utah 150 years ago this year,” said Kirsten Rappleye, chief of staff of the Office of the Lt. Governor. “These local artists have produced beautiful work that will remind Utahns throughout the state that we honor and revere those who made Utah’s legacy of women voters a reality.”

Sticker designs were submitted and selected via Better Days 2020’s “I Voted” sticker design contest, which drew over 75 submissions. Selections were voted on via social media.

“Over the past three years, Better Days 2020 has worked to remind Utahns of our illustrious history of women’s leadership,” the news release said. “By focusing on creative and communal ways to share our heritage, the organization has created school curriculum materials, commissioned public art and held numerous events in preparation for this anniversary year.”

Printable versions of the 2020 “I Voted” stickers and Facebook profile picture frames are available at voteinfo.utah.gov/stickers. 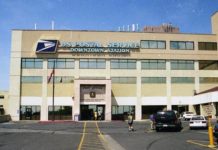