OGDEN, Utah, May 28, 2020 (Gephardt Daily) — An Ogden City Police officer was shot and killed Thursday afternoon after responding to a domestic disturbance call, and a second official also was hit by gunfire, but is expected to survive.

“I’m going to give the family some time to grieve and come to grips with their loss before disseminating that information to the greater public,” Watt said. “I’ll also not be releasing the name of the deceased criminal.”

“A fine young officer with just 15 months on the job was struck by gunfire and killed protecting a family, our community, and fellow officers around him,” Watt said.

Officers were called to the area of 365 Jackson Ave. at about 12:15 p.m. by a woman who said her husband was threatening to kill her.

“The call was disconnected without further information, and attempts to reconnect were unsuccessful,” Watt said.

“When officers arrived on the scene they were confronted by a male in the area of the front porch. He was uncooperative, and suddenly retreated into the home, slamming the door behind him. As officers moved quickly to the door to attempt to follow the suspect, he began firing through the door.

“The Ogden officer who was struck by a fatal round was dragged from the scene by other officers.”

The victim was taken to McKay-Dee Hospital, where he was pronounced dead, Watt said. An adult probation officer on scene was also struck by gunfire. He was treated at the hospital and is recovering from non life-threatening wounds, Watt added.

At the time the fallen officer was being dragged from the scene by officials hoping to save him, other officers returned fire, Watt said. SWAT team members entered the house, determined the suspected shooter was dead, and retrieved children from the house.

“Our hearts are broken,” Watt said of the young officer. “We’ve lost one of our own.

“The days to come will be hectic for us. Please, as a department, as a community, as a state and as a nation, let us not forget such fine men and women who, everyday, offer their lives up on behalf of this great and noble calling.”

Watt swallowed hard, said “Thank you,” and hurried out of the room.

The news conference was held in the Francom Public Service Building, named for late  Officer Jared Francom, who was shot to death in 2012 while serving in the Ogden City Police Department.

At the time of the incident, residents of the neighborhood received reverse 911 calls instructing them to shelter in place until police were sure the scene was secure.

At about 2 p.m., after the incident was over, Ogden officers told neighbors that there was no remaining danger, and the area would remain on lockdown for as long as 24 hours, for witness interviews and evidence collection. They said residents could leave for errands and appointments if they checked with police. 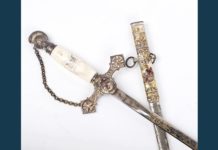 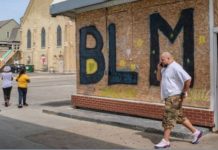