RIVERTON, Utah, April 17, 2020 (Gephardt Daily) — An incident in which a juvenile teen was stabbed early Friday morning is under investigation by Riverton Police detectives.

Sgt. Tony Wolfgramm, with the Riverton Police Department, said a call came in from the victim, who took himself to the hospital and then reported to police that he had been stabbed several times.

The teen’s wounds were not life-threatening, but no information was available regarding his current condition, Wolfgramm told Gephardt Daily.

He said the incident involved “several juveniles between ages 16 and 18.”

Herriman Police officers assisted Riverton P.D. in going to the area in which the incident occurred and helped stage a perimeter around a home there.

“They saw an adult come back to the home — the father of one of the involved parties had gone to look for his son, and when he came back, the officers spoke with him,” Wolfgramm said. The man had not located his son.

A short while later, a juvenile returned to the residence, and officers met with him, Wolfgramm said. They detected an odor of alcohol on the teen.

Officers canvassed the area for any surveillance video that might show the incident, which police believe happened outside of the home, but no video turned up.

At one point, officers spotted two other juveniles poking their heads out from a yard. The two teens took off on foot, but the K-9 found them and they were taken into custody. Wolfgramm had no information as to whether they were subsequently detained or released to their parents.

A pocket knife was recovered from one of the juveniles, but it isn’t known if that was the weapon used in the incident.

Wolfgramm said there is no indication of any type of gang activity, and it appears that some sort of argument or altercation occurred and may have been exacerbated by alcohol.

He emphasized that the incident is still under investigation. 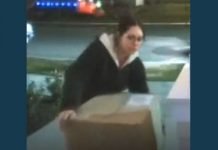 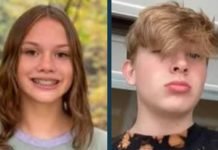 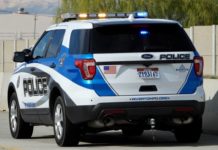