COTTONWOOD HEIGHTS, Utah, July 18, 2019 (Gephardt Daily) — Unified Fire Authority  officials have announced a reward of up to $5,000 for information leading to the arrest and conviction of the person or persons responsible for starting a fire at The Church of Jesus Christ of Latter-day Saints building in Cottonwood Heights.

On Monday, it was announced that the early Sunday morning fire is being investigated as arson. UFA is working with the Bureau of Alcohol, Tobacco, Firearms and Explosives to implement the reward. The fire caused an estimated $800,000 in damages.

Keith Garner, public information officer for UFA, told Gephardt Daily a neighbor called 911 at about 2:42 a.m. and said they thought the church was on fire.

“So a crew was dispatched to come in, and they arrived about 2:51 a.m. and saw flames from the roof of the building,” Garner said. Additional units were called at that point, with Murray Fire Department coming to assist.

Garner said when firefighters went inside, “the church was completely gone … kind of the foyer area and chapel area.” He said on the scene that the inside of the church would likely have to be reconstructed.

He said it took about 45 minutes to get the fire knocked down so that it was completely out, and even then fire crews stayed on scene, checking for hot spots and making sure the fire hadn’t extended into other parts of the building.

On Monday afternoon, Unified Fire Authority took the step of issuing a news release to say it is seeking the public’s help in identifying any information “that could help with an arson investigation related to the fire at the LDS Church building at approximately 3 a.m. on July 14, 2019.”

The cause of the fire had yet to be determined at that time, although Garner said, “most of the time, with something like this, we turn toward human-caused. If anyone saw anything suspicious, give the police a call.” 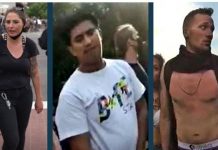 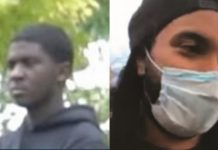