“Nineteen confirmed human cases have been reported in 2019 in the central, southwest, southeastern, Salt Lake, Davis, and TriCounty health jurisdictions,” said a weekly update from the Utah Department of Health.

“One of the 19 human cases passed away due to the infection of West Nile virus. Five West Nile virus-positive mosquito pools were identified this past week in Salt Lake County resulting in 271 total positive pools across the state for 2019.”

Utah Public Health Laboratory and mosquito abatement laboratories have tested a total of 6,469 mosquito pools to date. A mosquito pool is a group of mosquitoes caught and tested from a single trap.

“If a person is infected by West Nile virus, the risk of serious disease is low,” a previous press release from the health department said. “Most of those affected will have a mild to severe flu-like illness with muscle aches, fever, rash, and headache that usually lasts a few days but can last months.”

In rare cases, those infected may get meningitis or encephalitis, the press release said. Those at greatest risk of serious disease are those with weakened immune systems, diabetes, high blood pressure or kidney disease.

The elderly are at greatest risk for severe complications. The overall death rate
is about one for every thousand infected individuals.

There is no specific treatment for West Nile virus infection other than to treat symptoms, the press release said.

The deceased person has not been identified due to medical privacy laws.

Anyone who thinks they have West Nile virus symptoms should contact their healthcare provider. 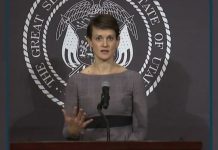