SPANISH FORK, Utah, April 9, 2018 (Gephardt Daily) — Officials have identified a suspect shot during an attempted traffic stop near 100 South and 200 East in Spanish Fork in the early hours of Monday morning.

The suspect is Wade Leon Willis, 38, of Springville, according to a news release Monday morning from Sgt. Spencer Cannon, of the Utah County Sheriff’s Office.

The news release said the incident began when a Spanish Fork police officer identified a car wanted for fleeing from police in American Fork Sunday afternoon.

“That officer drove round the block and when he returned the suspect car was gone,” the news release said. “Several Spanish Fork officers and several deputies with the Utah County Sheriff’s Office searched the area for the suspect car.”

At about 12:50 a.m., a deputy found the suspect car again. Together officers and deputies attempted to keep the driver from moving, but the suspect fled.

“As the suspect drove away he ran over the foot of a deputy,” the news release goes on. “The car also hit the deputy, causing him to roll onto the hood of the car and into the windshield, shattering the windshield. Another deputy then fired at least one shot at the suspect, hitting him in the shoulder and face.”

Willis was taken by ambulance to Mountain View Hospital in Payson with non-life threatening injuries. Shortly after that he was flown by medical helicopter to Utah Valley Hospital in Provo.

The Officer Involved Shooting Protocol Team with the Utah County Attorney’s Office is investigating this incident. 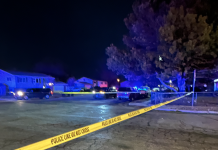 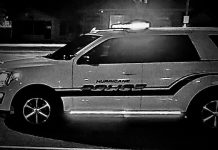