SALT LAKE CITY, Utah, Feb. 12, 2019 (Gephardt Daily) — A woman jumped out of a moving vehicle after allegedly being stabbed by her former live-in girlfriend, according to officials.

The probable cause statement said DeHerrera threatened the victim as recently as Feb. 2, stating if she saw the victim with anyone else “she would kill her.”

On Feb. 4, DeHerrera approached her former live-in girlfriend in a vehicle at the ex-girlfriend’s work in Salt Lake County.

“The victim entered the vehicle and sat in the passenger seat,” the probable cause statement said. “Lisa grabbed the victim by the back of the head and pulled the victim’s head towards her while she drove away.”

The victim began to fight to get out of the vehicle, and as she turned towards the passenger door, DeHerrera stabbed her once, puncturing her left lung, the statement said. After struggling with DeHerrera, the victim was able to get the passenger door open and jumped out of the moving vehicle, causing serious injury to her extremities.

“Lisa flipped the car around and came back to where the victim was in the road,” the statement said. “The victim stated if she was not able to get out of the vehicle she believed Lisa would have killed her.”

The victim is currently in a local hospital, and DeHerrera has been calling her trying to find where she is, stating she wants to come see her, the statement said.

DeHerrera was transported to Salt Lake County Jail where she is being held without bail. 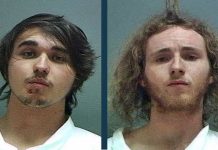 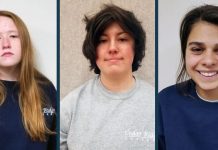 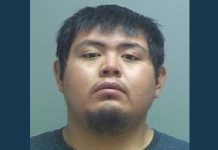