OGDEN, Utah, May 10, 2022 (Gephardt Daily) — An Ogden man has been arrested for his alleged involvement in a 2019 kidnapping and murder case in Homer, Alaska.

Homer resident Anesha “Duffy” Murnane, 38, went missing on Oct. 17, 2019. Kirby Foleni Calderwood, 32, was arrested in Ogden for the victim’s kidnapping and murder. Calderwood is currently being held in the Weber County jail on a weapons charge and a fugitive from justice warrant for arrest.

“The Homer Police Department has actively investigated the case ever since, chasing down hundreds of tips and talking to numerous people,” says a Homer Police statement issued after the arrest.

Calderwood is charged with kidnapping, a first-degree felony; murder, a second-degree felony; and “tampering with physical evidence in Duffy’s disappearance,” the police statement says.

An article in the Homer News says charging documents alleged that Murnane was walking to a doctor’s appointment when Calderwood “took her to the unoccupied Homer home of his then-girlfriend’s parents, and sexually assaulted and tortured her before killing her.”

An article in the Anchorage Daily News says Homer police had been investigating Calderwood since May 20, 2021, “speaking with former partners who described a history of disturbing and sexually violent behavior … At one point, Calderwood allegedly told a partner he was ‘fantasizing about killing someone’ and using a website to check out potential victims,” the newspaper reported.

The Anchorage Daily News also said the affidavit indicated “that Calderwood met Murnane in 2018, when he was working as a direct service provider at the supported living apartments where she lived,” and that “an anonymous caller left a detailed tip on a CrimeStoppers tip line that was ‘very specific in naming the person responsible and how the kidnapping, murder and destruction of evidence were omitted.'”

Homer police thanked “everyone who cooperated in this investigation. There were dozens of folks that helped out with initial searches. Many others called in with tips and information and stood by ready to assist us. We would also like to thank the FBI and the Ogden Utah Police Department for all of the help they have provided. Our thoughts and prayers go out to Duffy’s family and all who are touched by this horrible event.”

Anyone with information in the case or on Calderwood is asked to call the Homer Police Department at 907-235-3150. 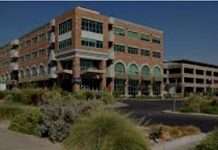 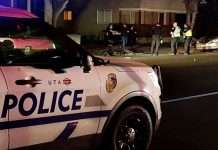