OGDEN, Utah, Oct. 7, 2020 (Gephardt Daily) — An Ogden man was charged on Tuesday with two counts of torture of a companion animal and one of criminal mischief.

Bruce Anthony Saunders, 33, faces the two third-degree felonies and one class A misdemeanor based on events alleged to have taken place in June of this year.

According to a probable cause statement filed by an officer of the Ogden Police Department, police were first called to the residence on June 6, a Saturday, and told that Saunders was bleeding heavily, and had a handgun. People discovered that Sanders had cut off one of his fingers.

Saunders refused to leave the residence, or to interact with officers, a probable cause statement says, and police left.

A call came in the next day from Saunders’ girlfriend, the probable cause statement says. She told police she suspected he might be deceased.

Officers arrived, and found Saunders alive, and spoke to him at the door. An officer noticed da large amount of blood in the residence, and did a sweep of the premises. The officer noted a baseball bat covered with blood in the living room.

Saunders’ bail was set at $12,500. Court records shows Saunders’ former girlfriend obtained a protective order against him in July. 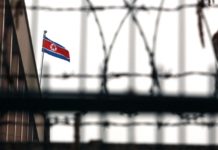 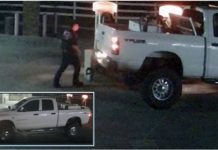