Young, a 50-year resident of Ogden, was hired into the department in March of 1993.

Prior to becoming deputy chief in 2012, he served as a patrol officer, a D.A.R.E. officer, a school resource officer, a detective with both the Ogden Metro Gang Unit and the Major Crimes Unit, a community policing officer, a  a sergeant with the Patrol Buray and Community Policing Bureau, and a lieutenant Watch Commander and Special services Bureau Commander.

Young earned his Bachelor of Science, Criminal Justice, at Weber State in 1991, and his Masters of Science, Leadership and Management at Western Governors University School of Business.

Young brings 27 years of policing experience to the position of Ogden Police Chief. 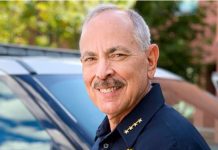 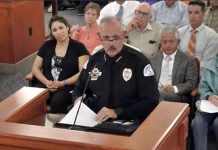