WEST VALLEY CITY, Utah, March 3, 2022 (Gephardt Daily) — Salt Lake City native and 2022 Olympic gold medalist Nathan Chen will be headlining the “Stars on Ice” tour, which comes to the Maverik Center on May 18.

The 20-stop tour starts April 14 in Florida and ends May 22 in California.

On Feb. 10, Chen won Olympic gold, finishing more than 22 points ahead of his closest competitor, his “Stars on Ice” biography says.

“In 2016, just his second year at the senior level, he brought quadruple jumps back to U.S. men’s skating — landing two in the short program and four in the free skate — a first for a U.S. man.”

After the tour, Chen will return to Yale University in August to begin his junior year, majoring in statistics and data science, the statement says. 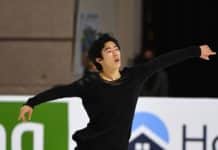 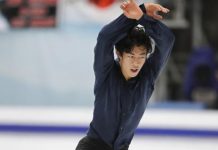