Fremont County Sheriff Len Humphries said the children, all girls, were outside a cabin in the Mack’s Inn area at about 5:30 p.m. when a large amount of snow slid off a roof and buried them, according to EastIdahoNews.com.

Investigators say the children were buried in nearly seven feet of heavy snow and ice.

Humphries said so much snow fell from the roof that “it took 30 minutes plus” to locate the children, and all of them were unconscious.

The two 7-year-olds were revived on scene and are currently in fair condition.

The 2-year-old was revived in the medical helicopter, but died at the hospital.

“This was a freak accident,” Humphries tells EastIdahoNews.com. “It was heart-wrenching for the dispatchers and EMTs and firemen and everyone who responded. Our prayers are with the kids and their families.”

Names of the children have not been released. 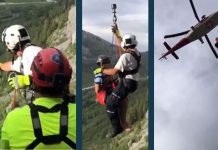 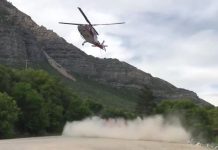