The crash happened on I-84 at about mile post 42, near the area of that I-84 and Interstate 15 junction.

“There were two semis eastbound on highway 84 in Box Elder, right there just before the I 15 split,” Sgt. Cameron Roden, Utah Highway Patrol, told Gephardt Daily. “And we had a slower moving semi in front get rear ended by a faster moving semi in there. They are blocking everything eastbound.”

All eastbound traffic is being diverted to Interstate 15, he said.

“There were minor injuries. They do estimate about a two hour cleanup on that,” Roden said at 1:30 p.m.

Hazmat is on the scene, he said.

“They have some just diesel fuel and oil there. They have Fire out there just to assist, there’s nothing as far as a Hazmat load spill.”

Roden said both semis have “some decent damage,” preventing them from simply being driven away from the site. 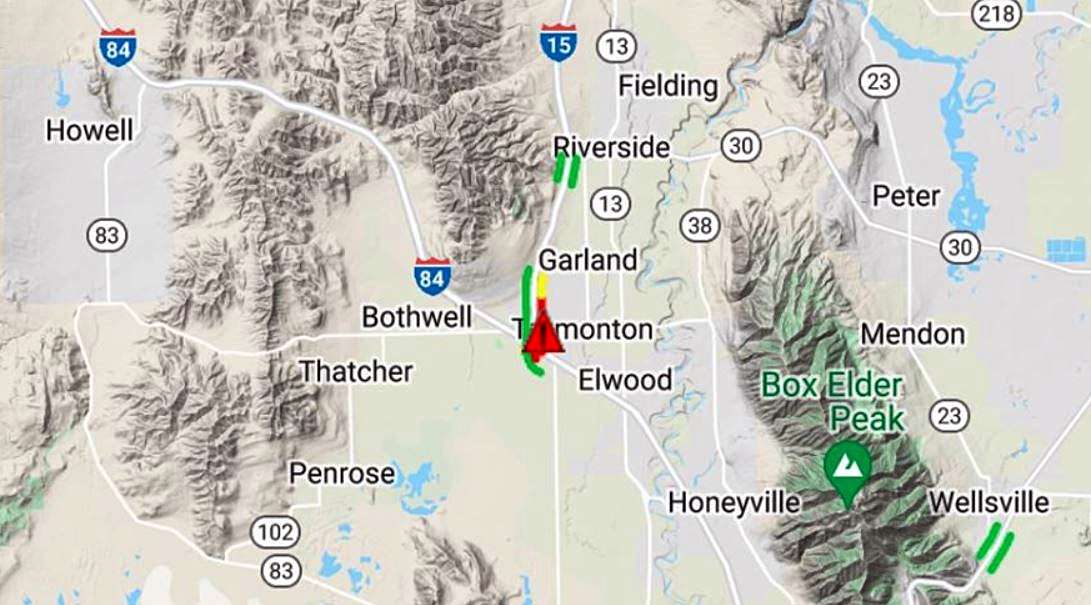