BOX ELDER COUNTY, Utah, April 2, 2022 — A jeep rollover took the life of one young person, and seriously injured four others late Friday night on the mountainous peninsula at the north end of the Great Salt Lake.

The deadly incident in the remote area of Box Elder County, 20 miles west of Brigham City, required three medical helicopters and an ambulance to transport the seriously injured survivors, according to the Box Elder County Sheriff’s Office. The incident was dispatched at 10:39 p.m. with the location 1600 S. East Promontory Road.

Investigators were still at the scene at 2 a.m. Saturday, Deputy Sheriff Cade Palmer told Gephardt Daily, and details were sketchy. The five involved in the tragedy ranged in age from 15 to 19 and identities were not released pending notification of next of kin.

Medical helicopters from Life Flight and Airmed in Salt Lake City and Ogden-based Airlife, along with an ambulance from Brigham City Community Hospital, transported the injured, Palmer said, who were ejected in the rollover.

Injuries were so severe on scene, the initial information on police scanners and among officers advising other agencies referred to two deceased and “multiple fatalities.”

A 3:20 a.m. press release Saturday stated, “This is an active and ongoing investigation. The cause of the crash has not been determined. No further information is available for release at this time.”

As well as the air and ground ambulances, emergency medical personnel assisted at the scene from the Northrup Grumman aerospace plant and the towns of Corinne and Thatcher. 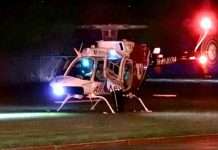 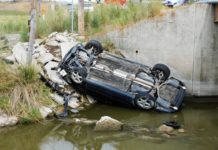 Driver, 17, extricates self from overturned vehicle in Box Elder County