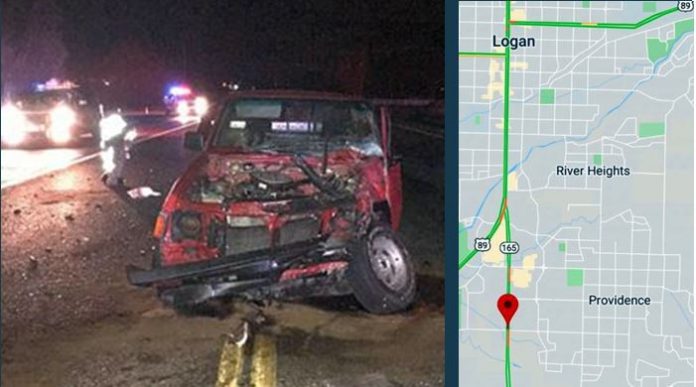 A statement from the Department of Public Safety troopers were called at 10:05 p.m., and responded to the scene, on State Route 165 at 1700 South, near mile marker 10.

The driver of a Chevy Tahoe was southbound on SR-165, and the driver of a Nissan pickup truck was eastbound on 1700 South, the DPS report says.

“A red light violation occurred and the two vehicles collided in the intersection. After impact, the Chevy Tahoe struck three stationary vehicles in the northbound lanes.

“Both occupants in the Nissan pickup were unrestrained. The driver of the pickup was ejected. Medical personnel found them to be in serious condition. They were flown to a SLC area hospital. The passenger in the pickup had to be extricated from the vehicle, but is believed to have non-life-threatening injuries at this time.”

Although four other vehicles were involved, no other people were injured, the DPS statement says. SR-165 was closed for four hours, and has since reopened.